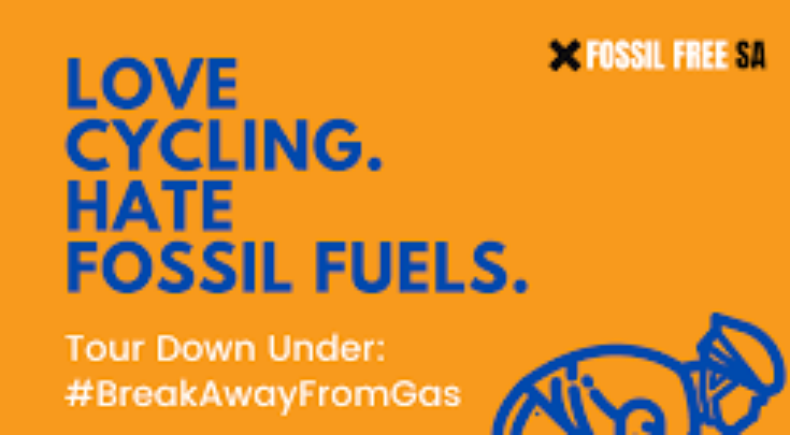 One of the most insidious tactics by which fossil fuel companies attempt to gain community acceptance, is by using a tiny bit of their immense profits to sponsor community organisations, institutions and, especially, arts and sports – with the hope of gaining maximum visibility for their brand. No better example can be found than Santos’ sponsorship of the Tour Down Under. Fossil Free SA (affiliated with 350.org) is aiming its campaign at this practice. 3D Radio’s Environment Show host Roman Orzanski spoke to FFSA’s Richard Bentley. Thanks to Roman and 3D for sharing this content.