Jim Gadd WW2 Veteran: “Mum can I go to sea on Monday?” 1941.  Sixteen year old Jim had been in Navy Cadets just two days when officials asked for 60 boys willing to go to sea.  His Mum said “go and ask your father”   Father said “Go and ask your Mum”  Jim said “she said to ask you”!     So Dad, thinking that his boy would be going for a row around Sydney harbour on Monday said  “OK”.   Mum and Dad didn’t know at the time they’d actually agreed for their 16 year old son to go to war, and he was off to serve on the ship that was considered a prize target for both the German and Japanese Navies….     Jim is now 93 years of age, and the only remaining Australian Veteran who served during WW2 on the ‘Lizzy” the RMS Queen Elizabeth.

Jim also talks about other ships he served on with the US Army Small Ships:  The Pulganbah, The Maiwara, The USAT CW Paisley (Pasley) and the Coweambah.  He was aboard the Coweambah when she foundered in gale force conditions off the NSW coast in 1945. 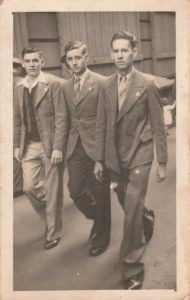 Coweambah Crew. Jim Gadd is second from the right-hand side 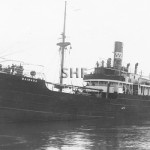