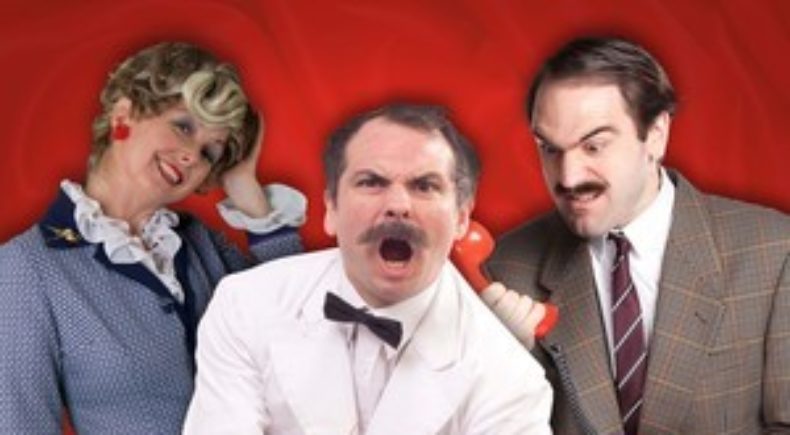 It’s now been well over 40 years since the iconic British TV program Fawlty Towers was first aired, but the images of John Cleese and Andrew Sachs are still ingrained in our memory as the irascible hotelier, Basil Fawlty and his inept waiter Manuel.

For the last 10 years, Interactive Theatre International have presented the tribute show Faulty Towers – The Dining Experience at the Fringe to rave reviews.

However, I’ve always been a bit sceptical, so haven’t seen this show previously, but I decided this year I really should give it a go.

Well, I have to confess, I was most pleasantly surprised – it was a hilarious presentation from start to finish and very true to the original concept. From the moment the prospective audience assembled in the foyer, the fun began, with the hapless Manuel tirelessly bullied by Basil and Sybil.

If you are attending this show, it is a given that you know the scenario and are prepared to play along, as there is a great deal of very amusing audience interaction.

Well known snippets come from the original series and, of course, they are still totally politically incorrect! The cast all do a fabulous job of recreating the characters and the sheer energy displayed by Manuel and Basil has to be envied. Sybil had the voice of Prunella Scales down to a tee and it took no effort to imagine we were back in the 70s and dining in her hotel.

And not only that, the meal was pretty darn good too! I was not sure if we would be served cold spaghetti or scalding hot curry, but got neither.  Instead, it was a delicious and well-presented 3 course meal, with staff even catering beautifully for a couple of belated dietary requests. As the ticket price included the meal and the show, it was also good value for the money.

So, like many others, I am now converted and if you go along to see Faulty Towers – The Dining Experience, I suspect you may be too. It is on until March 3rd at the Stamford Plaza Adelaide. Check your Fringe Guide for details.