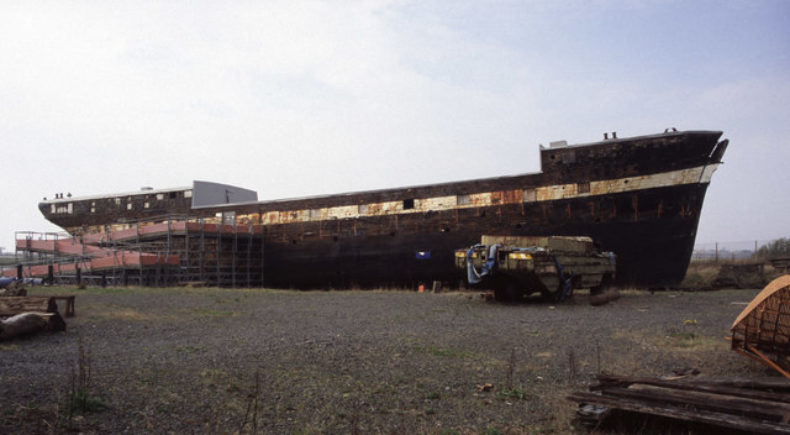 Hailing from Glasgow is the hull of the City of Adelaide clipper ship. In its heyday, it brought migrants in their hundreds to South Australia between 1864 and 1887. During this period the clipper played an important role in Australian immigration.

Meet Rita Bradd, a softly spoken, tenacious Scotswoman who fell in love with the derelict hull of the clipper ship while it was still in Scotland. Rita was determined to accompany it on its long voyage to its final home in Port Adelaide. So she embarked on a journey on a ‘heavy lift’ ship that wouldn’t normally carry passengers, let alone a single woman in her late fifties!