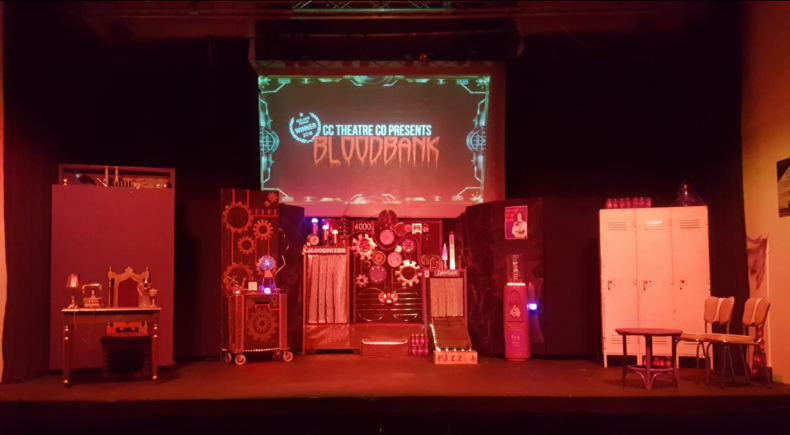 Presented by CCtheatreCo and Holden Street Theatre, Bloodbank is currently on.

It’s a South Australian cult musical comedy set in set in a factory where the artificial vampire blood drink, ‘Fang Fizz’, is made.

‘It’s a very chaotic show, it’s quite a farcical, we play on the comedy, a lot of death but in the most wonderful way,’ Caroline says.