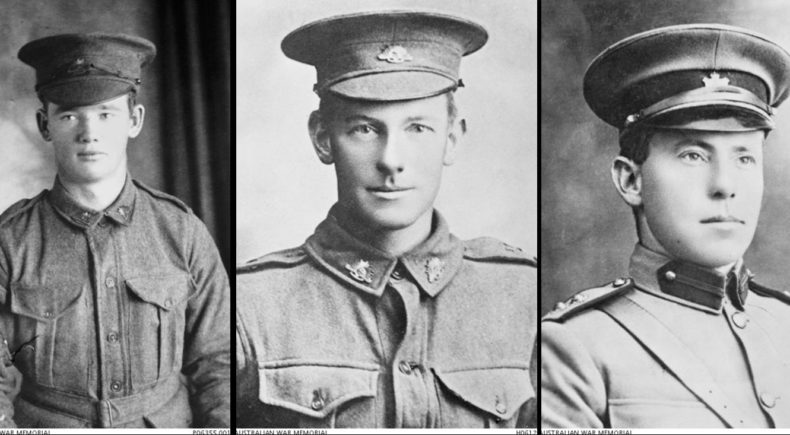 The little rural community of Brookton in Western Australia’s Wheatbelt region sent 157 of its young people off to serve in the horrors of WW1.  Three years spent researching the stories of those enlistees brought more connection and emotional stress into Ellen Parrick’s life than she had envisaged it would. Ellen tells us how the war affected the Brookton region… a story that was played out all over Australia.

1. Portrait of 323 Private Charles Victor Boyes, 4th Machine Gun Company, of Brookton, WA. An engine cleaner prior to enlistment, Pte Boyes embarked with the 4th Reinforcements from Fremantle aboard HMAT Miltiades on 7 August 1916. Pte Boyes was killed in action at Polygon Wood, Belgium, on 26 September 1917, aged 20. He has no known grave and his name is commemorated on the Ypres (Menin Gate) Memorial, Belgium.

2. Portrait of 6 Lance Corporal Selwyn Lord Curlewis, 16th Battalion from Carnarvon (and Brookton), Western Australia. A 27 year old farmer prior to enlisting on 9 September 1914, he was promoted to Corporal and embarked for overseas with E Company from Melbourne on 22 December 1914 aboard HMAT Ceramic. He landed at Anzac Cove on the afternoon of 25 April and was killed in action on 2 May 1915.  He was 18 years old.  Cpl Curlewis is commemorated on the Lone Pine Memorial, Gallipoli, Turkey with others who have no known grave.