Paul Rosenzweig: The campaign medal and the fatalities 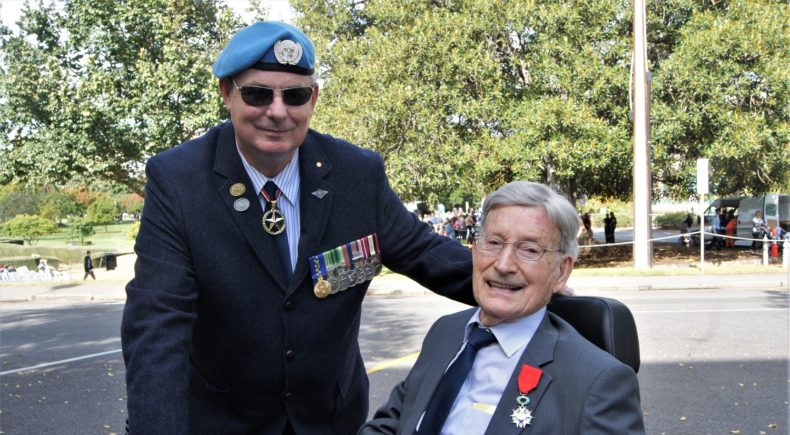 Paul talks about the Air Force Cadets’ long association with the NMBVA. He also talks about the campaign medal for the era, and the fatalities. Only 39 are acknowledged, but he says a further 6 died.

Photo:  Paul Rosenzweig (L) after the 2018 Anzac March in Adelaide with Bomber Command veteran Warrant Officer Doug Leak, a former RAAF Wireless Operator / Air Gunner who served with No 149 (East India) Squadron in 1945. Photo provided by P Rosenzweig and used with his permission