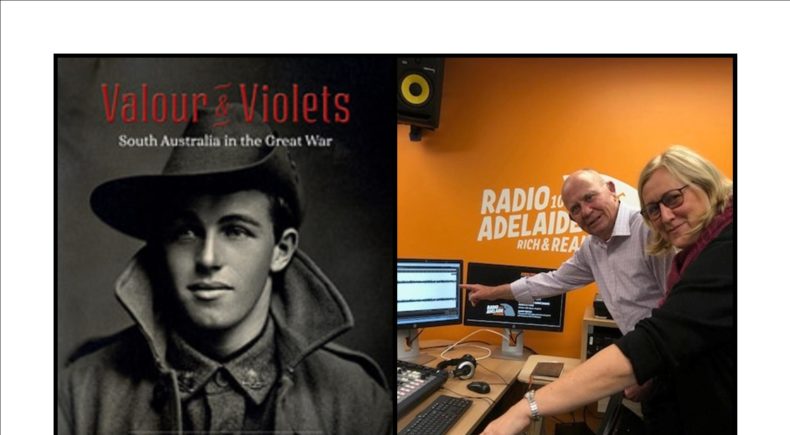 1916, ’17, ’18 and ’19.  It’s a huge slab of Australia’s wartime history, but today Robert (Bob ‘Dogs’) Kearney and Sharon Cleary manage to impart lots of insightful snippets about that period that encourage us to remember that when we say the words ‘Lest we forget’ we must say them with genuine feeling.

Just a few of those snippets:

The ceasefire may have occurred in 1918, with the official end in 1919, but for some families caring for blind, maimed insane menfolk returning home, the impact of WW1 went on for generations to come.

What of our Navy during this period? What happened when training for the Australian Flying Corps became too costly and grossly inadequate?

And we hear about many South Australian families whose lives were affected by this terrible war.

Part three – the final in our series from Cleary and Kearney as they take us through the book Valour and Violets chapter by chapter, whetting our appetite to read more.

Sharon and Bob thank many who were involved in the production of Valour and Violets:

More information about Valour and Violets