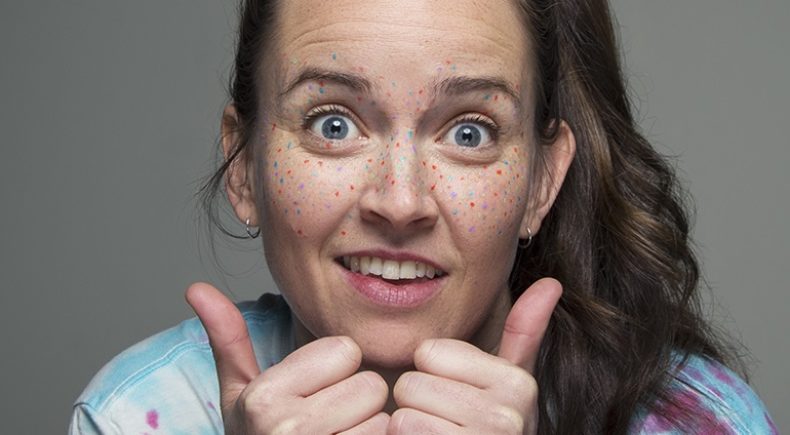 Zoe Coombs Marr’s new show Bossy Bottom is a return to straight stand up for the comedian, who for the previous six years has been performing as a Drag King characiciture of a crap male stand up called Dave.

She professes that the show is just jokes, with all the gimmicks and theatre of her previous shows gone.

In reality the show is an off-kilter, meta, layered hour of stand up which keeps the audience engaged and the laughs rolling.

Coombs-Marr having spent so long impersonating a schlocky and cliched comedian embodies those characteristics without ever veering too far into it.

Her energy is infectious and comedy daring, exposing outdated comedy by both performing it and deconstructing it simultaneously.

Coombs-Marr touches on feminism, bi-phobia, parental advice and the unique situation she is in being a lesbian in her thirties all the while keeping the jokes rolling fast.

She had complete control of the audience from the moment she hit the stage equally confounding and allowing the audience in on her process.

At the time of seeing the show it was self professed a work in progress, but like the cake batter metaphor she used in which the cake is the finished product, this show is much more fun.

Bossy Bottom can be seen at the Garden of Unearthly Delights until the 13th of March.