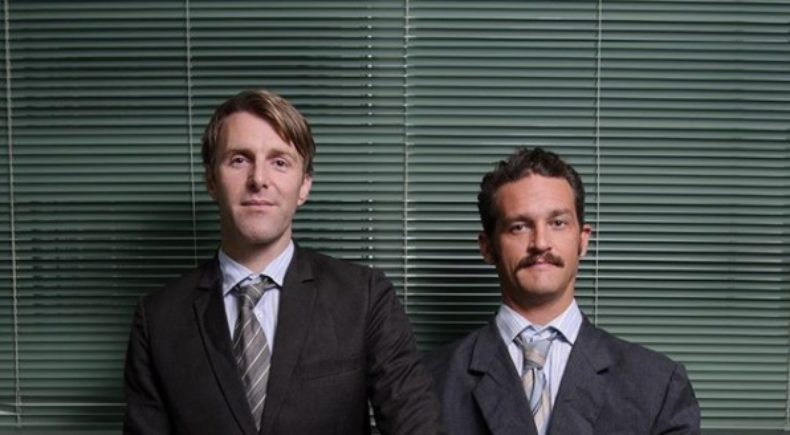 Picture the most mundane place imaginable. For many of us it’s the 9 to 5 office grind, but what happens when it descends into a world of absurdist fantasy?

After rave reviews in Edinburgh and a sell-out show in London’s Soho Theatre, the Kiwi duo, Trygve Wakenshaw and Barnie Duncan, join Casey Tonkin and Sam Smith in the studio.

Produced by Nick Ward
Image provided and used with permission.