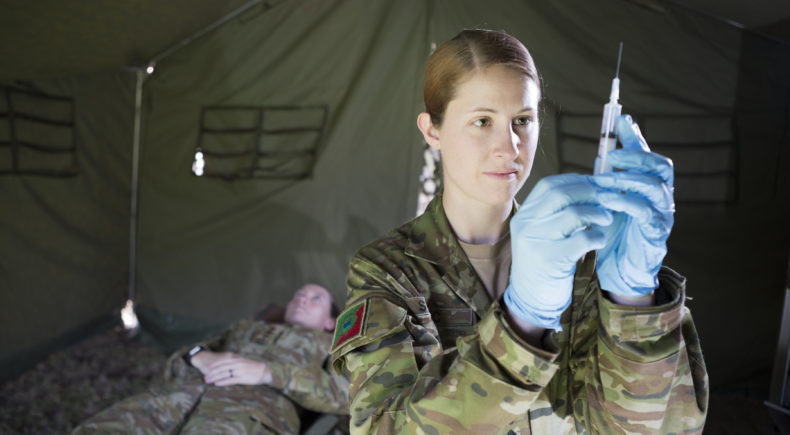 At Flinders Medical Centre, Bernadette Stihec is known as an Intensive and Critical Care Registered Nurse, where she works in a team supporting critically ill patients and their families. But on Tuesday nights, the 26-year-old wears another uniform to serve her community in a different way. Last year, Bernadette joined the Army Reserve, where she now serves as a Nursing Officer at Warradale Barracks.

IImage provided by Public Officer, HQ 9 Brigade and used with their permission.