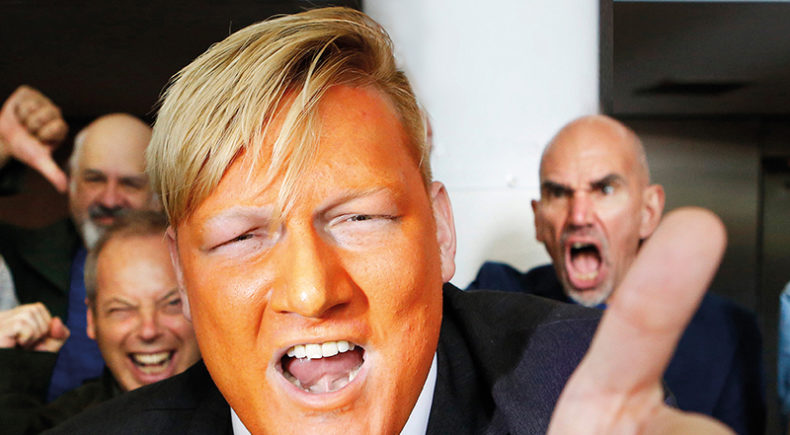 73% of Australians think Donald Trump should be barred from making a state visit, so he’s doing a fringe show instead in The Garden of Unearthly Delights for the duration of the Adelaide Fringe.

Audiences immerse themselves in a Trump rally as Simon Jay takes them through what it would be like to communicate with the man himself.

Breakfast’s Morgan Burley attended one of these rally’s. Ultimately giving it a rating of 4 out of 5 stars.

Image sourced with permission via the Adelaide Fringe