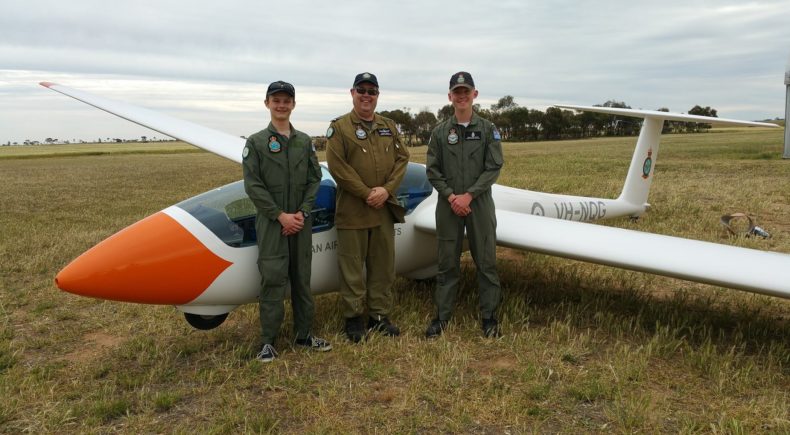 During a recent 6 Wing Gliding Camp held at Balaklava Airfield, Cadet Corporal Tomasz Kocimski of No 604 Squadron went solo in a DG-1000S glider. He had previously completed aviation subjects through the AAFC home training curriculum. He then completed the Gliding Federation of Australia (GFA) training syllabus during the gliding camp, and completed a solo assessment flight with 6 Wing’s Chief Flying Instructor-Gliding.

Tomasz talks with us about his flying progress to date, how he achieved solo status in power, and how he went solo in gliding just after his 16th birthday.