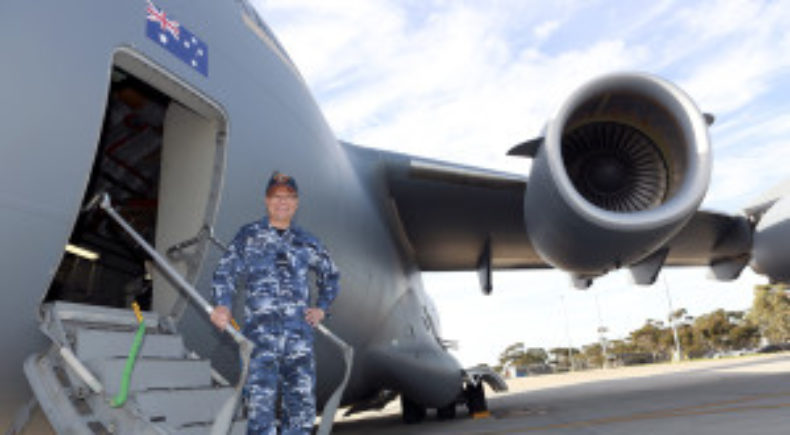 Everyone’s invited!   Warrant Officer Ross Chavasse tells us that next Monday  we’re all invited to witness a spectacular military parade through the City as Number 24 City of Adelaide Squadron from RAAF Base Edinburgh exercises its right to Freedom of Entry to the City of Adelaide.  It’s all about the Council honouring a distinguished unit of the Australian Defence Force with a close association to the City.  Don’t miss it.

2:00 to 2:20pm Monday 30.10.17 – departs Government House on North Terrace, marches along King William Street to Victoria Square, but they will be challenged along the way!   For full details see here

Photo courtesy of Defence Image Gallery.  His Excellency the Honourable Hieu Van Le AC, Governor of South Australia on the steps of a C-17 Globemaster after getting a tour of the aircraft during his visit to RAAF Base Edinburgh.