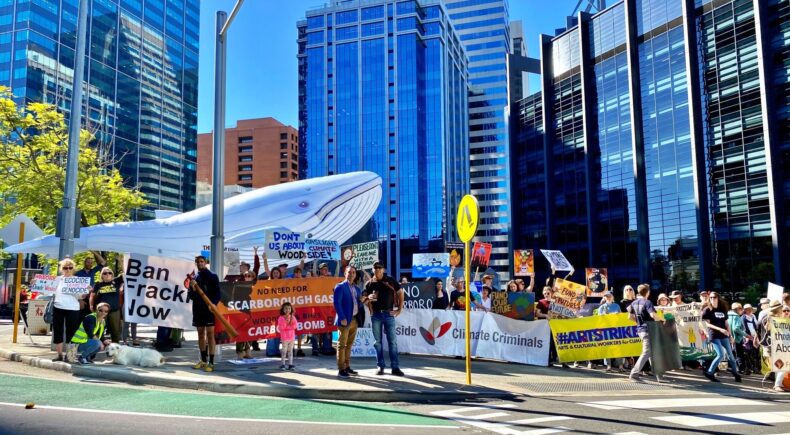 An issue which has hit the news lately is the extent of sponsorship of various events and entities by fossil fuel interests. Two weeks ago I spoke to a representative of Extinction Rebellion in South Australia about their campaign against the naming rights sponsorship of the Tour Down Under bike race, which has recently finished – and indeed we did see a lot of actions from XR and other groups, making the point that fossil fuel sponsorship of a Government run event like the TDU, does seem counterintuitive from a Government that has declared a climate emergency. Santos, like other major fossil fuel companies – is increasing its operations, and therefore its emissions from those operations and those products – quite massively, therefore contributing to that climate crisis. But the extent of those sponsorship around the country is just starting to come to light – as this information is not readily available. One of the organisations seeking to shine a light on this practice, known as greenwashing, is 350 dot org, and I spoke to Senior Campaigner Shani Taeger, of 350 dot org, about it.