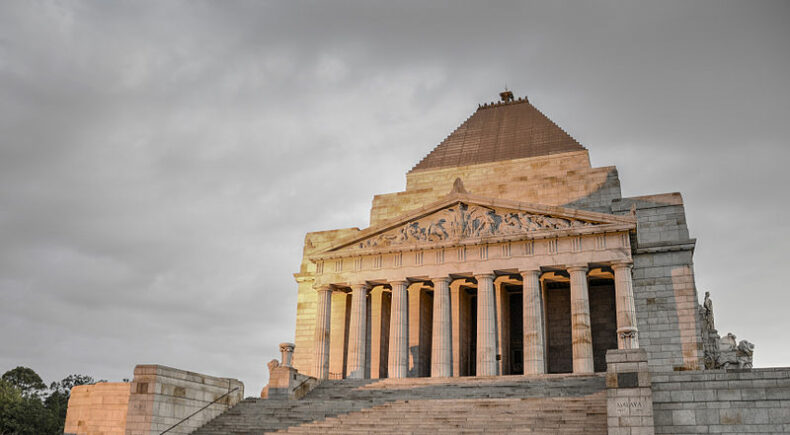 The Shrine of Remembrance Chairman of Trustees Chris Spence’s interview with retired Major General John Cantwell AO DSC. It’s a compassionate and deeply human account of one man’s tour of the War on Terror: from cheating death in a minefield, to calling home while under rocket fire in Baghdad.  Copyright State Government of Victoria

Photo: Shrine of Remembrance, Melbourne. Built as a memorial to the men and women of Victoria who served in World War I and is now a memorial to all Australians who have served in war. It is a site of annual observances of ANZAC Day (25 April) and Remembrance Day (11 November). It is one of the largest war memorials in Australia.by George Lascar- Wikimedia Commons