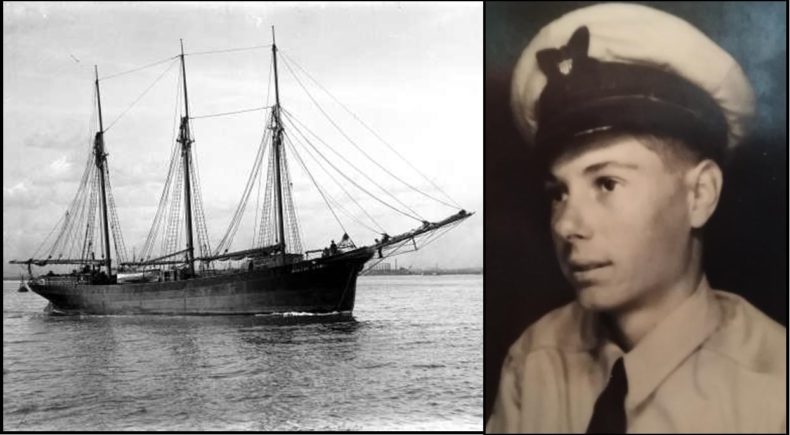 96 year old Evan George’s wartime service took him to areas throughout New Guinea and the Dutch East Indies;  to San Francisco; back to Australia, Subic Bay and Shanghai.  Evan remained officially unrecognised for his WWII Service until 2009, when he was issued Imperial Campaign Awards for service as Merchant Mariner. He holds fond memories of his Service, especially on the 3 masted schooner Argosy Lemal. Crew members of ARGOSY LEMAL on the bowsprit. (Evan George second from the front.) 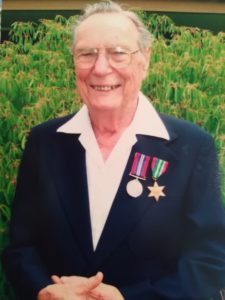 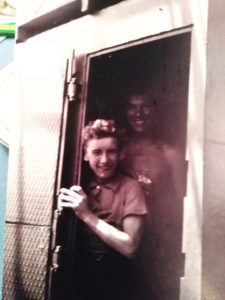