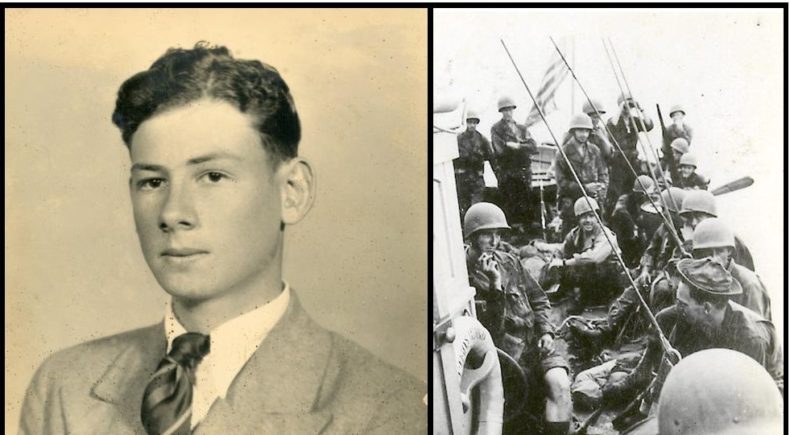 Peter reads from Neil’s notes about his boyhood.  It’s an amazing glimpse into the boy behind the man who became a War Veteran.  Sample:

We looked from the windows of the old beach house (foreshore near Adelaide) and saw the morning dense with fog, and though this was unusual enough to cause interest, that was not the reason for the excitement almost sending me crazy.  Incredibly, in the whirling greyness clouding the foreshore and blotting out all distances, a great three masted barque lay like a ghost.  I was out of the house, across the road, down the slopes of the beach in a series of unthinking leaps, and landed panting in a small group of boys and adults attracted from their homes to look more closely at the ship now motionless close to shore. It was the Garthneill, whose navigators had become confused in the fog about them, and driven her ashore some miles South of her proper anchorage. 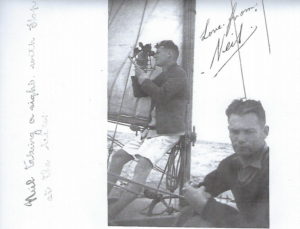 US Troops aboard Timoshenko circa 1942. Neil Sandery was Skipper of the Timoshenko at this time. 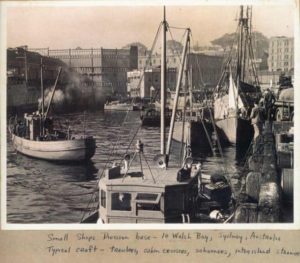