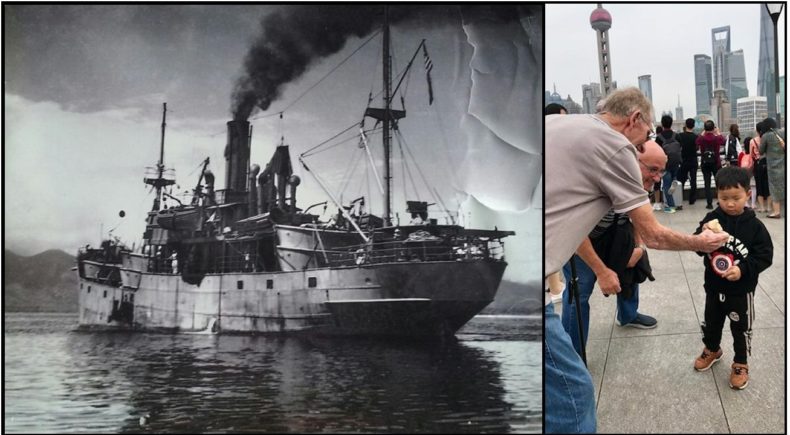 Len was determined to serve during WW2 and lied about his age to get into the Army.  He served with the infantry in New Guinea, and on the Dakota Biscuit Bombers  but was discharged medically unfit after being wounded.  So what did a young chap like Len do?  He signed up with the US Army Small Ships of course, and went back into those dangerous waters of the Pacific until the end of the war!   At war’s end he was aboard the concrete hulled supply ship SS Armand Considere, and stayed aboard when it was taken over by The United Nations Relief and Rehabilitation Association, providing and administering relief for victims of war.  The sight of the immense death and destruction in Shanghai in particular almost overwhelmed Len.  It played on his mind for 74 years.  This year 93 year old Len travelled back to Shanghai and Manilla and was feted by the authorities.  Len tells us about that return visit today.  He’s going back to Manilla next week!

Main photo: A ship of the US Army Small Ships in New Guinea, WW2. Len McLeod and his son-in-law Barry in Shanghai 2019. Photo of ship provided by C Dawes. Len and Barry photo provided by Denise West, Len’s daughter and used with permission. 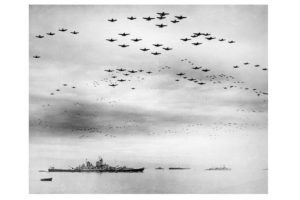 Photos of Len and his family in Shanghai 2019 all provided by Len’s daughter Denise and used with permission. 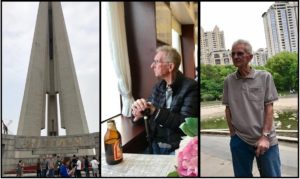 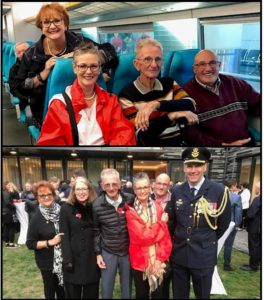