Frank Finch, whose maritme service spanned a massive 45 years, wrote two books  called ‘Under Three Flags’ and ‘United We Stand, Divided We fall’, and he co-authored another with Bill Lunney called ‘Forgotten Fleet’.  Frank has also written a number of poems.  At the US Army Small Ships Reunion in Sydney in 2019, Frank recited one of his poems…   ‘ODE TO SHIPMATES’

Main Photo:  Frank Finch OAM delivering the Ode To Shipmates at the US Army Transportation Corps and US Army Small Ships Reunion in Sydney 2019. 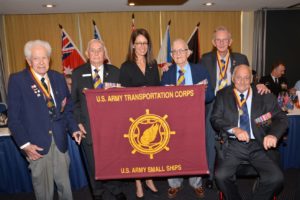 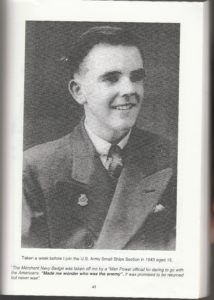