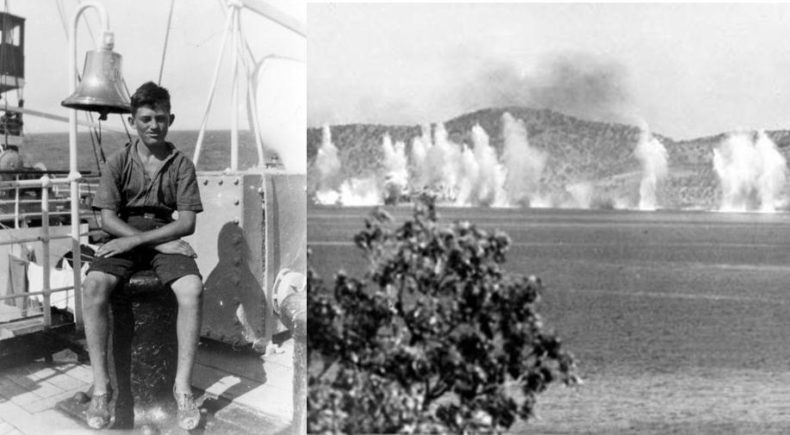 June 1942, PNG.  Young crew member Don fought to stay alive aboard the Macdhui while Japanese planes attacked, and Australian War Photographer Damien Parer filmed from a nearby hilltop.  The savage attack on MV Macdhui, resulting in the loss of the ship and deaths and wounding of ten crew members is legendary in Australian wartime history, but very little has been heard from the crew. Don served on many ships, including the Troop Ship MV Duntroon.

Now approaching his 97th birthday and living in residential care, Don is frail but still very sharp of mind.    Dan O’Brien, Secretary of the US Army Small Ships Association accompanied Service Voices on a visit to Don and we recorded an interview between the two good friends.  Don says “I’m not old mate,  You’re not old until you’re a 100.”

Don Campbell, aged 15 years, on M.V MACDHUI, with the Ship’s Bell.   Don served as Deck Boy until June, 1939 and continued serving as Ordinary Seaman until August, 1941. Don was reassigned to M.V. MACDHUI in June, 1942 just in time for a supply run to New Guinea. Macdhui left Townsville carrying a couple of hundred Australian troops, with a  load of aviation fuel, ammunition and other supplies, arriving at Port Moresby on 15 June. She was attacked by Japanese planes on 16th and 17th June.  Photo provided by US Army Small Ships Association and used with permission. 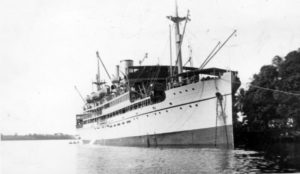 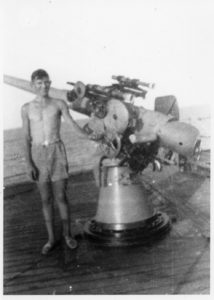 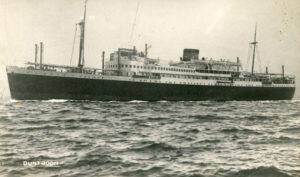 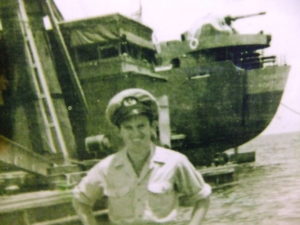 Photos Top to bottom: MV Macdhui at wharf in Alexishafen north of Madang; Don Campbell with Ship’s Gun; TSMV Duntroon;  USS Perkins (sunk after a collision with the Duntroon);  Don Campbell and the concrete built ship CW Pasley;  Don Campbell with his son Robert at a US Army Small Ships Reunion in Sydney