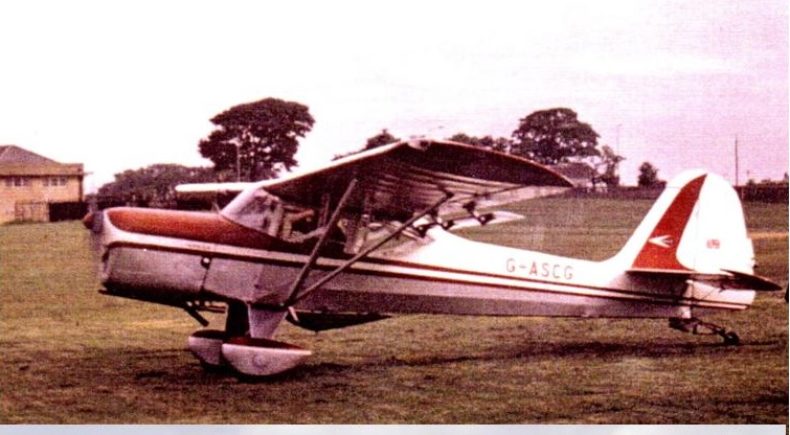 Kate: Migrating to Australia.  In 1968 a somewhat inexperienced 28 year old pilot with only 40 flying hours to his credit, and an even less experienced 24 year old navigator took off from a Scottish airfield on the first stage of a 12,000 mile journey to Australia that was scheduled to take only 6 weeks. Fate proved otherwise! Piled on the rear seat of the tiny canvas covered, wooden propeller, 3-seat aircraft was one small suitcase of clothes and a few personal necessities, along with a large cardboard box containing 33 topographical maps.  Their journey was peppered with rogues; thieves; bribery demands; war torn countries; good and kind-hearted people who helped the young couple through perilous times and conditions.

Rita: 2013.  In a yellow hard-hat, a mature-aged woman climbed aboard MV Palanpur, a Heavy-Lift ship in the UK, bound for a 22,000km, three month eventful journey to Australia.   On the deck was the shrink-wrapped hull of The City of Adelaide Clipper Ship.  Just how did this determined woman wheedle her way onto the Palanpur, a non-passenger carrying working ship, and why?

Fiona White chats with both women about their adventures. Rita Bradd. Provided by R Bradd and used with permission 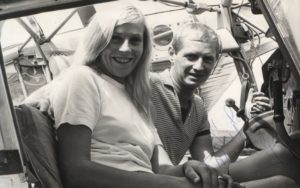 Kathy and George Wright in their small plane ‘Charlie Golf’. Provided by Kate Clements and used with her permission The SACBA (South Aust Community Broadcasters Assoc) Award, ‘Can’t Get Out Of The Car’ means it is so good that if you’re listening whilst in your car, and you reach your destination, you don’t want to get out of the car because you want to listen to the end. When the award was announced and they played a portion of Fiona, Kate and Rita’s interview, the crowd began calling loudly for more of the interview to be played! We’ve never heard that before!