Service to LGBTIQ students and their families 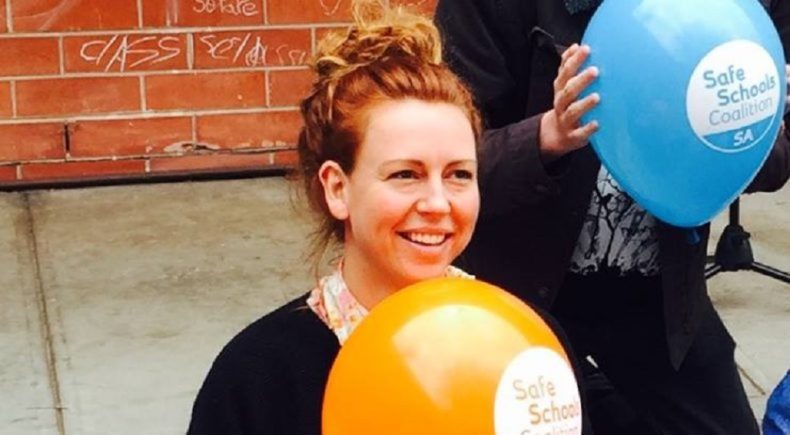 Safe Schools. The program’s goal is to make sure that schools are safe places for same sex attracted students. But it’s become such a politically loaded term, after a very focused campaign of misinformation led to Federal Government defunding after 2 years. Funding in South Australia has recently been dropped by the new state Liberal Government. Nat Giffney had already worked for 6 years with Shine SA when she became the SA Project Manager for the Safe Schools Coalition. She’d built up a good rapport with the many schools involved, and definitely sees that work as “service”. Nat was devastated to see good work attacked and then defunded by first Federal and SA governments.

Photo: provided by Nat Giffney and used with her permission.