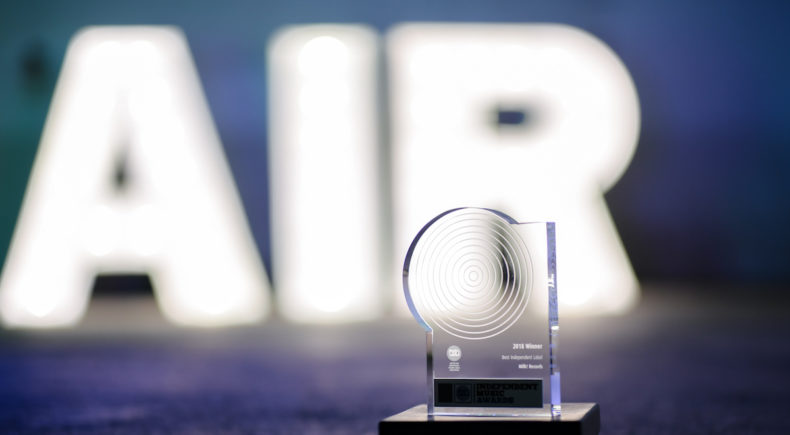 The 2018 AIR Awards were announced in Adelaide last night in a celebration demonstrating the enormous wealth of talent in the Australian independent music industry.

The awards acknowledged twelve of Australia’s finest artists, plus the work of two strong independent music businesses, rewarding them with financial funding from our supporting partners.

The AIR Award for Best Independent Label went to Milk! Records, including a digital marketing package from moshtix valued at $20,000 to help showcase their talent to the music public.

In an AIR Awards first, Best Independent Album or EP was a tie this year, going to both Methyl Ethel for Everything is Forgotten and The Jungle Giants for Quiet Ferocity.

Fanny Lumsden accepted the award for Best Independent Country Album, before taking to the stage to perform Elastic Waistband off her Real Class Act record.

Having kicked off the night performing Welcome to Country with the Tal-Kin-Jeri Dancers, followed by his own Mr La Di Da Di single, Baker Boy stepped back onstage later in the night to receive the award for Breakthrough Independent Artist of the Year, presented by PPCA.

Alex The Astronaut’s performance of Not Worth Hiding and Stella Donnelly’s raw performance of Boys Will Be Boys demonstrated the power music can have. While BAD//DREEMS kept the party atmosphere going with their Feeling Remains anthem.

The night’s proceedings came to a close with the unique and powerfully endearing Caiti Baker performing her R&B/Soul single I Won’t Sleep.

AIR GM Maria Amato commented, “It was great to celebrate the success of the Australian independent music sector at the 2018 AIR Awards in Adelaide last night. We are grateful to the South Australian Government for their continued support and to all our valued partners who helped us make it all happen.”

Minister for Industry and Skills, the Hon. David Pisoni MP said, “Congratulations to all the winners of the 2018 AIR Awards. The Marshall Liberal Government is committed to developing the environment for the next generation of creative talent in live music, to help the music industry grow and thrive in South Australia.”

CONGRATULATIONS TO THE 2018 AIR AWARDS RECIPIENTS

BEST INDEPENDENT LABEL
Milk! Records
Thanks to moshtix, the recipient of this year’s Best Independent Label award will receive a digital marketing package valued at $20,000 to help showcase their talent to the music public.

OUTSTANDING ACHIEVEMENT AWARD
This award recognises an individual or group who has made a significant and lasting contribution to the Australian Independent Music Community
Skinnyfish Music
Thanks to the global independent rights agency Merlin, this year’s winner will receive a $5,000 cash prize to be used for business/professional development