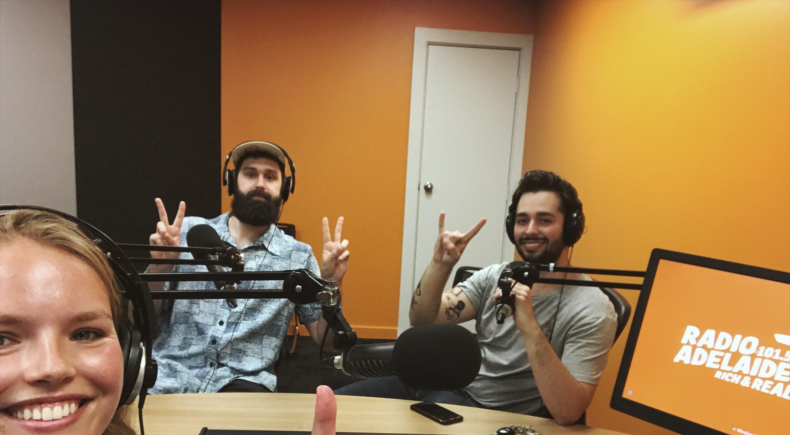 The Montreals are an Adelaide born band, who debuted their first EP in 2016. Since then, they’ve toured Australia playing their own shows and supporting bands like North East Party House and the Creases. Last year they performed at Oh Yes festival with Duke Dumont, SAFIA and PNAU.

Their indie-rock sound has gained massive support across Australia, Rolling Stone Magazine described their music as “a beautiful, confusing mess, where you’re simultaneously celebrating your freedom, and drowning in the consequences of such selfish behaviour.”

This week they debuted their latest single ‘Sardines‘ with gigs in Sydney, Melbourne and Adelaide.

Lily spoke to band members Angus and Stefan about their music and their experience touring Australia.