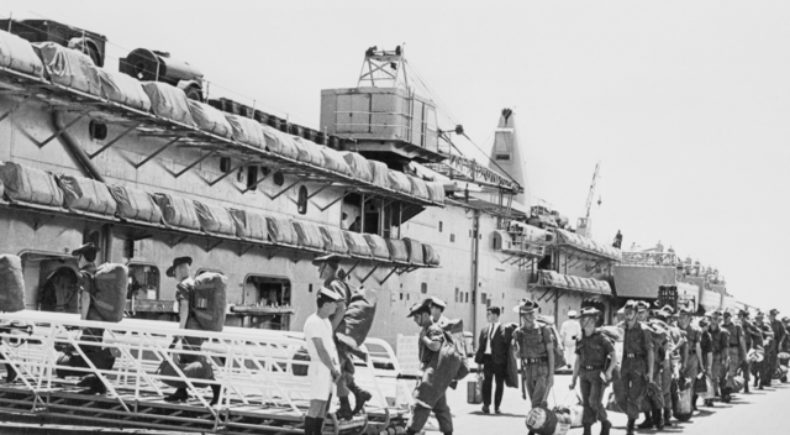 It is with heavy heart that we pay our respects to Brian Selby, President of the Malaya/Borneo Veterans Assoc SA/NT, a long-time supporter of Service Voices, and dear friend.  Brian passed away in the early hours of 15 April 2022.   Brian was one of the men of 111 LAA Bty who sailed aboard HMAS Sydney in 1964 bound for Malaya, and into what became a life-long fight to have service in that conflict recognised with a memorial in Canberra.

Brian Selby and his colleagues on board HMAS Sydney sailed that day under a threat from Indonesia to ‘sink the Sydney’! No families or friends to wave them goodbye!  Not even the skipper of the Sydney knew what their destination was until they were well out from Sydney Heads! We bring listeners an extract of an interview we did with Brian, Bill Hansen (also sadly passed away) and Theo DeKuyper in 2016.