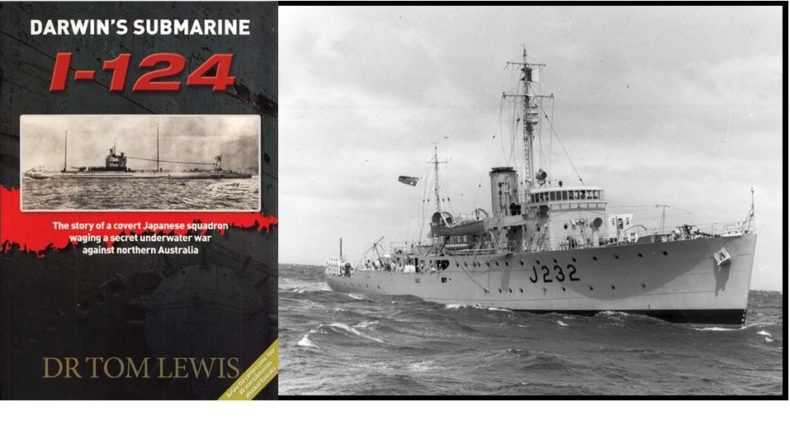 Navy Veteran, Military Historian Dr Tom Lewis tells us the story of a covert Japanese squadron waging a secret underwater war against northern Australia during WW2. The first attacks were made by four submarines of the Sixth Submarine Squadron of the Imperial Japanese Navy. Together, these 80-man boats laid mines, and then waited in their killing zones for targets to torpedo. Tom talks in particular about Darwin and submarine Sensuikan I-124.  It goes a long way in explaining the difficulties Australia was having in getting Flight Lieutenant Bryan Rofe and his men off Timor to safety.