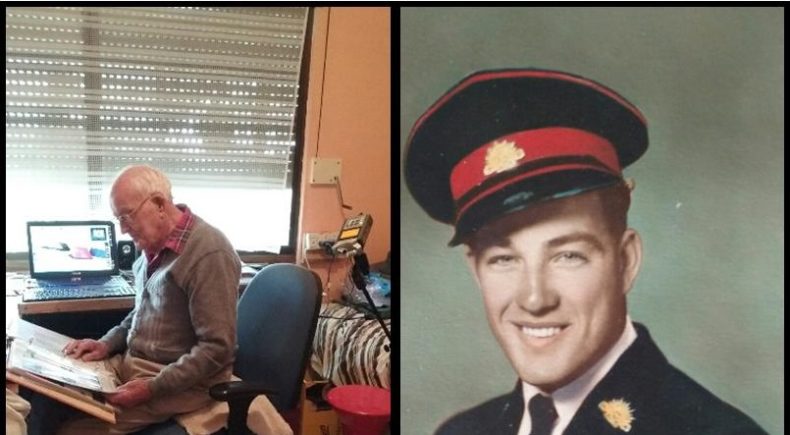 When 14 year old Clarrie Dawes stood on the deck of the small ship Coweamba in 1938, as it drew  away from the jetty at Thevenard near Ceduna, he wasn’t to know that he would never see his young brother Leon again.  Clarrie would go on to serve throughout the war torn regions of the South West Pacific during WW2.   His brother Leon was just starting school.  Today Clarrie sits in his home and reads from an old, yellowing newspaper article containing the poem written by 2 Battalion Royal Australian Regiment members after the death of their good mate, Leon John Ledger Dawes….  So Long Digger…  He shouldn’t have died.  The truce had been called.  Such is war.