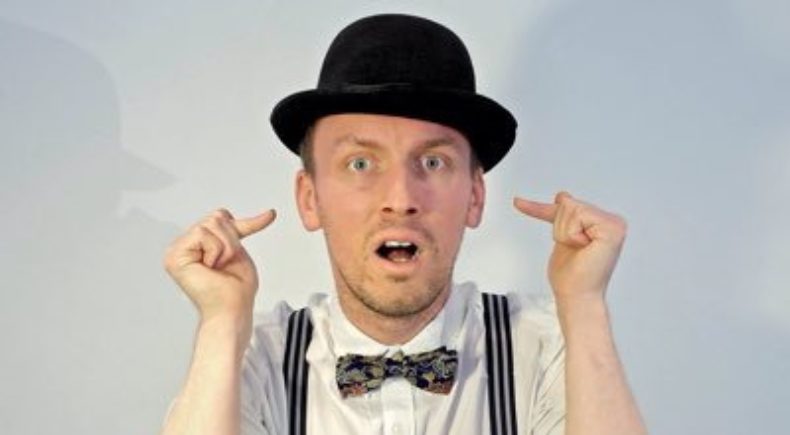 In his early 20s, British native Tom Gockelen-Kozlowski’s career as a music journalist for London’s Daily Telegraph was thrown into uncertainty when his hearing started to deteriorate quite sporadically.

Tom was diagnosed with Neurofibromatosis 2, which is a genetic condition that causes tumours to grow along the peripheral nervous system. He lost most of his hearing in his right eardrum and is completely deaf on his left side.

Under the comedic moniker ‘Tom GK’, he is making his long-awaited debut at the 2019 Adelaide Fringe Festival with Hearing Loss, The Musical.

He spoke to De-Stigmatised‘s Jarad about wrestling with denial over his condition, mortal fragility and how he got into stand-up comedy to escape feeling socially isolated.

Photo supplied and used with permission from Tom Gockelen-Kozlowski