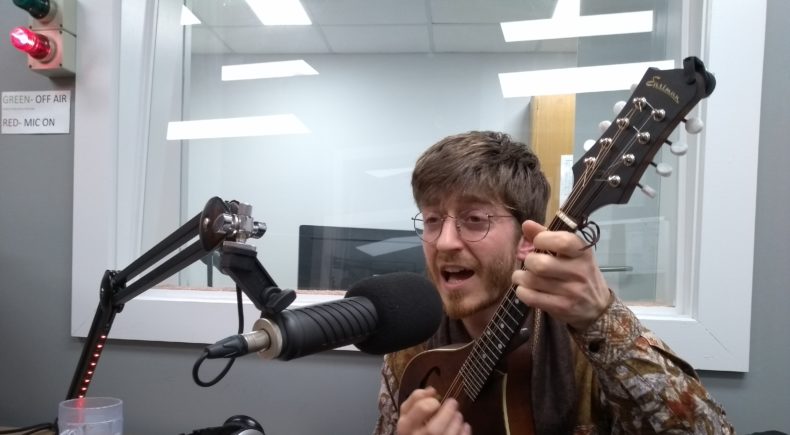 The Songcatcher team play host to Matthew Lykos who regards himself as a singer more than anything else, mainly in the folk tradition, despite having a Music Degree in Classical Voice. We are treated to a selection of songs from his soon to be released debut album ‘Singer With Great Shirts’ (& you can see the photo of his very cool shirt on the night – I should have included photographic evidence of his shoes too!).

Note that many of the songs played are currently subject to someone else’s copyright thus just a few seconds of fade in / fade out can be used. However 2 songs are included, the first is a traditional folk tune, thus outside of copyright and the last track is Matthew’s.