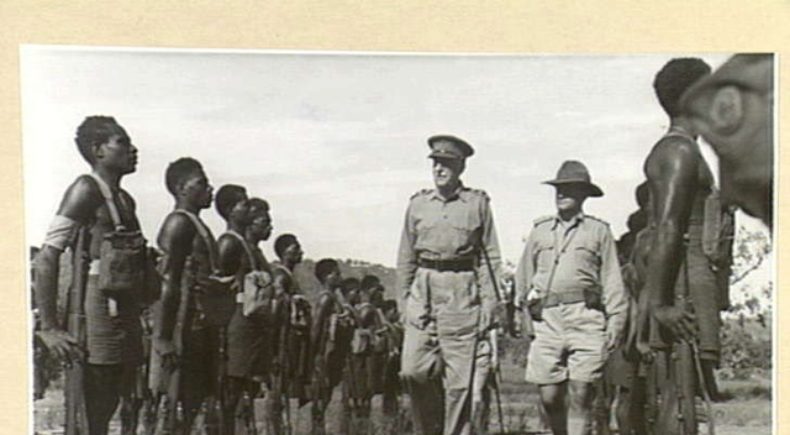 Seventy Six years ago this month,  the Japanese landed  in Papua New Guinea, with a view to seize Kokoda and advance south towards Port Moresby. Today is all about that period in our history, as we repeat an interview from Anzac Day this year but with a little bit more detail.

Harold himself tells his son Peter about the lead-up to this event, and what happened next.

Harold’s son Peter Jesser writes:   For his patrol work behind Japanese lines, Jesser was awarded the Military Cross. The citation for his Military Cross (approved for immediate award) stated:

Captain (later Major) Jesser’s Military Cross was the first to be awarded in the Papua New Guinea theatre in World War II. Sergeant Katue, who accompanied Jesser during most of his patrols, was awarded the Military Medal. This was the first decoration to be won by a Papuan or New Guinean soldier.

We asked Peter Jesser how his father fitted back into civilian life after the war….