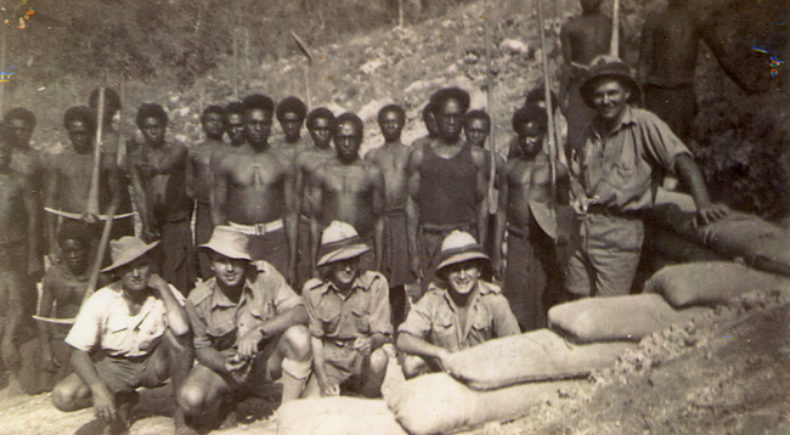 Harold Jesser was one of the true heroes of the fight to stem the tide of the Japanese through New Guinea during WW2. Harold played a pivotal role in identifying and mapping what was to become the Kokoda Trail and then fought as an Australian officer in the Papuan Infantry Battalion (PIB) along that trail.

There are very few WW2 Veterans remaining alive in 2018, and sadly Harold is one of those we’ve lost. He died of throat cancer in 1997. However, a few months before he died, his son Peter, who also served in the Army, recorded conversations with his father. Today we bring you, son and father…  Peter and Harold Jesser with an insight into the fight against the Japanese that you will never have heard before.

This historic Service Voices is also being broadcast throughout The Torres Strait Islands and into New Guinea on Anzac Day.  It is being eagerly awaited by members of the PIB NGIB HQ PIR Association

Photo provided by Peter Jesser and used with his permission:  Australian Army Engineers and Papuan Infantry Battalion (PIB) soldiers in Port Moresby. Harold Jesser is standing on the right.