In a fascinating interview, David takes us back in time to a little-known aspect of Australia’s involvement in WW2.   Amazing stuff, involving around 4,000 Australian men and women.   David’s newly released book is a revelation about the work behind the scenes that helped us win the war.    But… can you imagine playing an important role in winning the war for the Allies, and having to sit on a bench watching Anzac Parades instead of participating… Why? 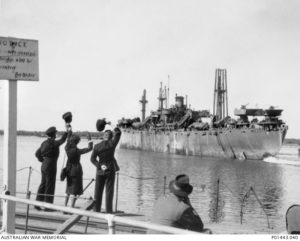