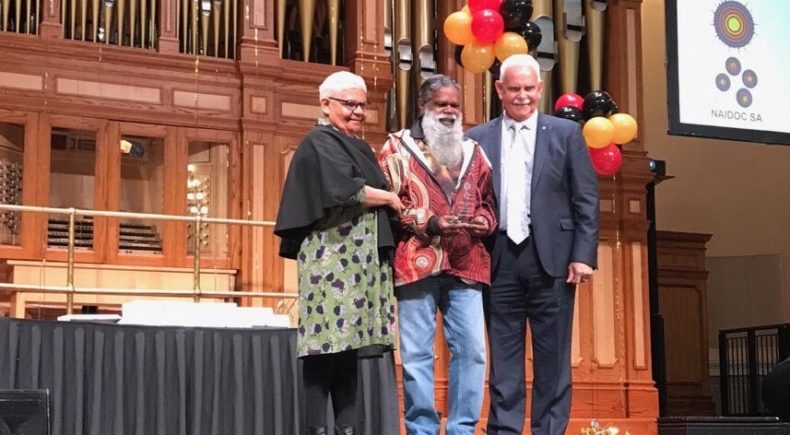 “People without knowledge of their history, their culture, their origins is like a tree without roots. And I guess that’s how I felt, I didn’t have any roots and that language sort of rooted me to where I belong, which is this country here.” — Uncle Stephen Goldsmith

Community members from all over South Australia have been paying tribute to Kaurna man and Elder Uncle Stephen Goldsmith who passed away on Monday night, aged 60.

Among his many achievements, Uncle Stephen played an important role in reviving the local Kaurna language.

This earned him this year’s NAIDOC Male Elder of the Year award.

He spoke to Lisa Burns at Radio Adelaide following this win.

Uncle Stephen was known for his generosity, intelligence and humor. He was a host on Radio Adelaide’s Nunga Wangga program and a loved and respected member of the Radio Adelaide community.

His family have given permission for us to use his name, and upload his image and this interview.