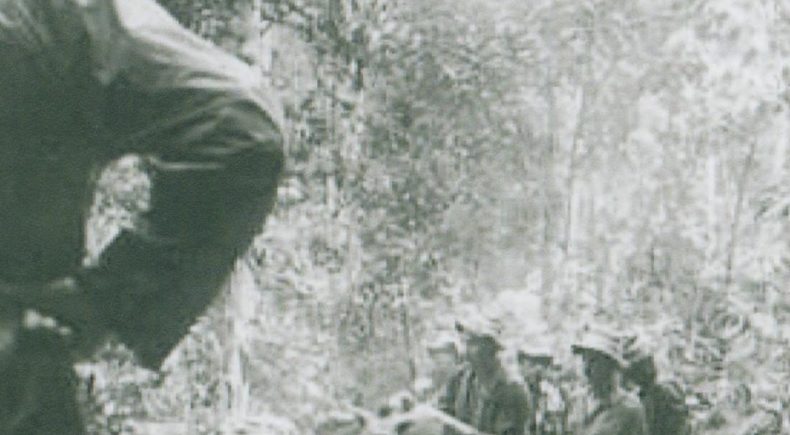 In a quiet tree-lined street in a Melbourne suburb,  Ken Matthews, a Veteran of both the Malaya/Borneo conflict and the Vietnam War, sat at his dining-room table recently and recorded his experiences.  Enlisting in 1960 with the intention of becoming a motor mechanic, he found himself graduating from recruit training as an infantry soldier – do you think his Mum was dismayed!!  He was soon on his way to the jungles of Malaya and Borneo with 3RAR to fight in a conflict that even today, more than 50 years on, is still little known by the general public.