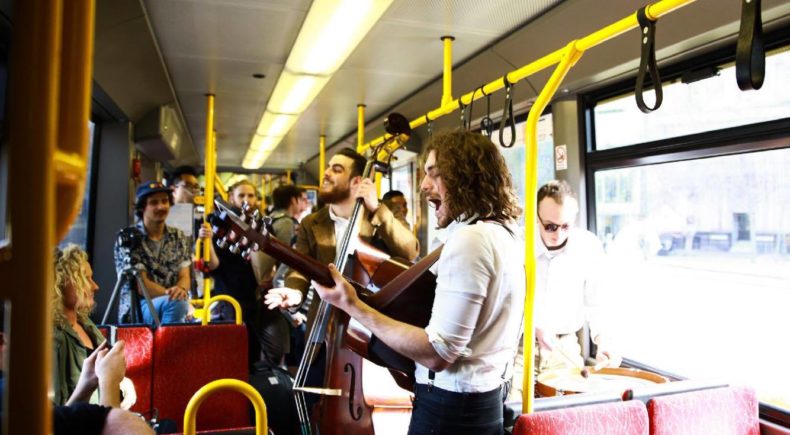 Radio Adelaide have been showcasing bands from the Umbrella Winter City Sounds Festival that is taking place in Adelaide from 14 July to 30 July 2017.

As a part of the Umbrella Winter City Sounds, the Porch Sessions has been running for 4 years, which started on the porch on Sharni Honor parent’s house and now is an Adelaide icon.

From the Porch to the Tram, the Tram Sessions primary began on the infamous trams of Melbourne and is now coming to Adelaide. “It’s live and spontaneous music, if you happen to be sitting on the tram at the right time, you get a free serenade”. So make sure your taking the Tram over the next two weeks.

And Sights, Sounds and Soiree is also kicking off in Adelaide. The show pairs locally made film clips with local live bands, head on down to the Producers on 17 of July to check that out.