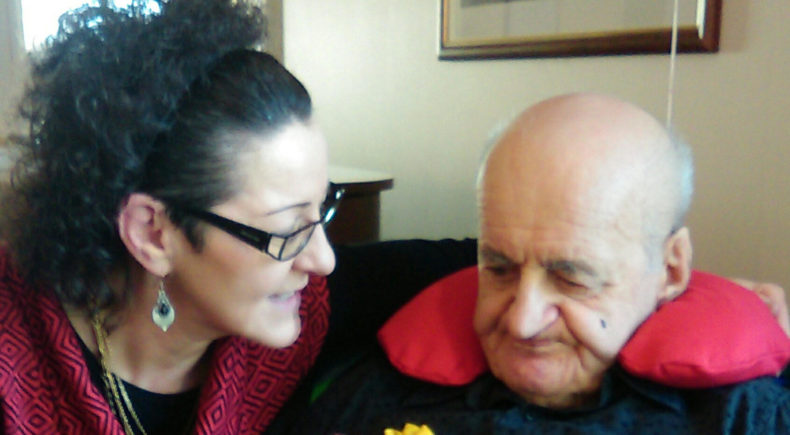 Last year, distressing video footage of elder abuse in a residential aged care facility was released and given coverage in the media.

The footage was captured by Noleen Hausler, who had placed a hidden camera in the room of her 89-year-old father, Clarence.

Noleen says her father was a quiet, “gentle giant” who had great respect and admiration for people of all walks of life, and often said, “If you have a good attitude and treat people with respect, you will always get along in life”.

Clarence was a father to five children and four grandchildren, and married his late wife Betty in 1955. Noleen says he was involved in his local Lions and Rotary clubs, a talented fisherman, had many friends and many stories about his involvement with paddle boats on the Murray. She says he spent 50 years on the family farm in Morgan in the Riverland and loved the country life.