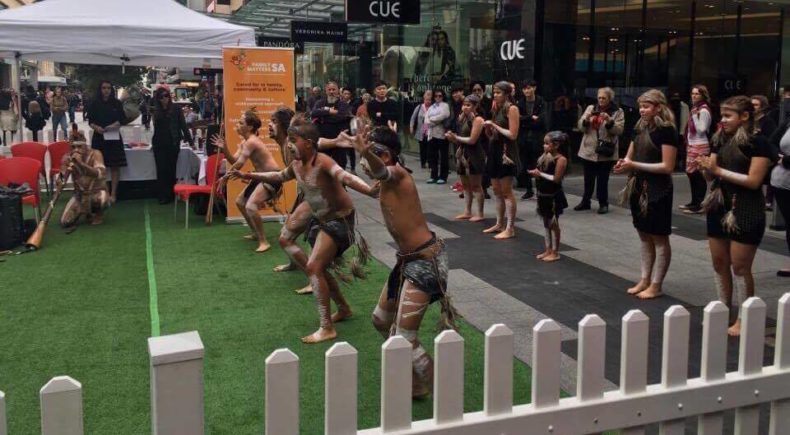 Family Matters is a national campaign to ensure Aboriginal and Torres Strait Islander children and young people grow up safe and cared for in family, community and culture.

Last week, the campaign was officially launched in South Australia at an event in Rundle Mall which included performances from Yellaka, Dusty Feet Mob and Kalaya Children’s Choir.

Yellaka is a group which provides a safe space for young Aboriginal people to explore culture and identity, through arts and dance.

Sonia Waters runs the group with her husband, Karl, and she joined Small Change’s Lisa Burns for a chat about the Family Matters campaign, and the difference Yellaka makes in the lives of the young Aboriginal people who are a part of it. We also chatted with Allen and Sherwyn, two boys from Yellaka.