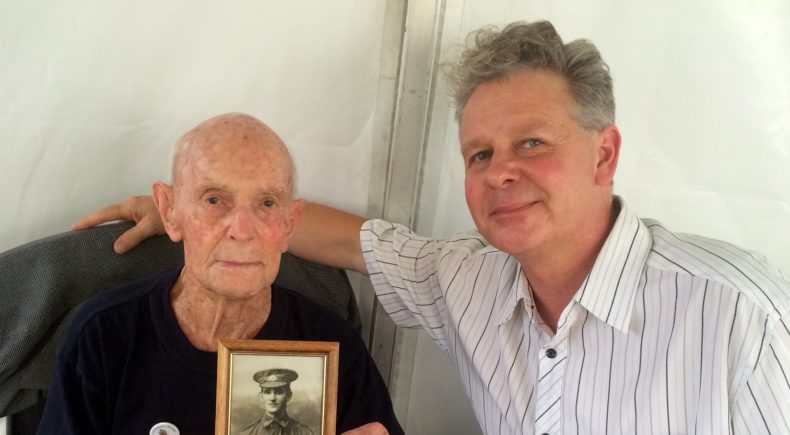 Award-winning digital filmmaker Ash Starkey specialises in documentaries, educational resources and factual films that have been screened around the world on cinema screens and commercial television. So what happened when he was sitting chatting with his 97-year-old grandfather one day, did some internet research and discovered some amazing WW1 family history? Ash tells us!

Note:  Ash Starkey is also working on a documentary about Wattle Grove and the Dardanelles Cenotaph. Keep an eye open for it. He’ll be off to France in a few days to shoot some footage. We’ll get him back on Service Voices when he returns.