Fred Smith: Diplomacy amid the dust of Uruzgan and the turmoil of Bougainville 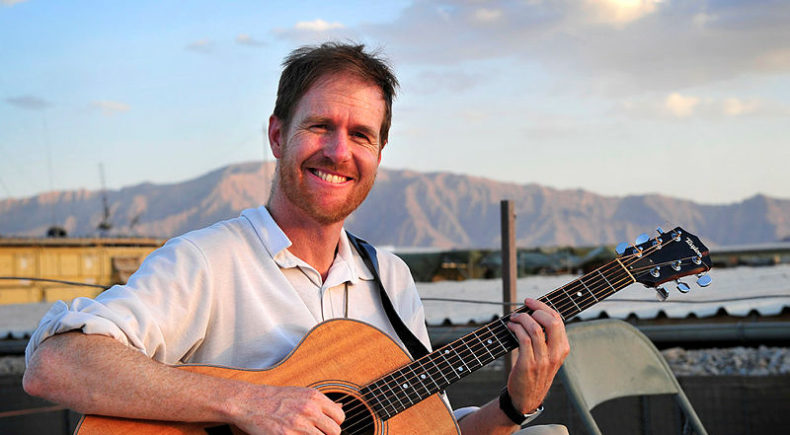 Australia’s secret weapon in international diplomacy – that’s how Fred Smith has been described!

He served two years as a career diplomat in Afghanistan, working with Australian Soldiers in Uruzgan Province where truth and clarity were often buried, and where young Australians perished…  in the dust of Uruzgan.  In an engaging interview, Fred talks with Nicky Page about that and more from a life lit by adventure and peril, happiness and hell, accompanied by a guitar, a song or two, a sense of humour and a willingness to understand people of different regions, religions and customs.

Photo provided by the Defence Image Gallery shows Fred Smith strumming his guitar on the rooftops of Multinational Base Tarin Kowt in Afghanistan. At the time, Fred was the Department of Foreign Affairs and Trade representative with the First Mentoring and Reconstruction Task Force in the Oruzgan Province.