Brian Selby: From Kuching – the war largely forgotten in OZ but not forgotten by Sarawak 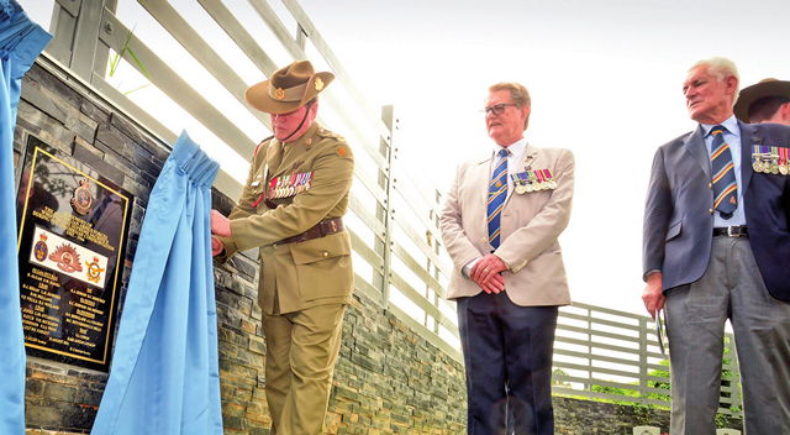 Some of our Veterans still haven’t received the recognition they deserve, 50 years on from when they arrived back home.  Brian Selby, the President of the National Malaya Borneo Veterans Association SA & NT Branch is speaking with us from Kuching, Sarawak on the island of Borneo where he and a number of other Australian Veterans from the 1960s era are gathered for a commemoration service to dedicate a specially erected memorial.  Their service is commemorated each year by the people of Sarawak, but sadly no memorial for them exists alongside all other conflict memorials in Canberra.  Remembered by the people of Sarawak though!

The 50th Anniversary Tour by Australian Veterans to Kuching Sarawak took place between the 24th August and 1st September 2016. The visit was a great success and was well reported in the Sarawak media.

The main feature was the commemoration ceremony for the unveiling and dedication of the Memorial tablet, made from Sarawak black granite by a Kuching stonemason, Mr Simon Sim.